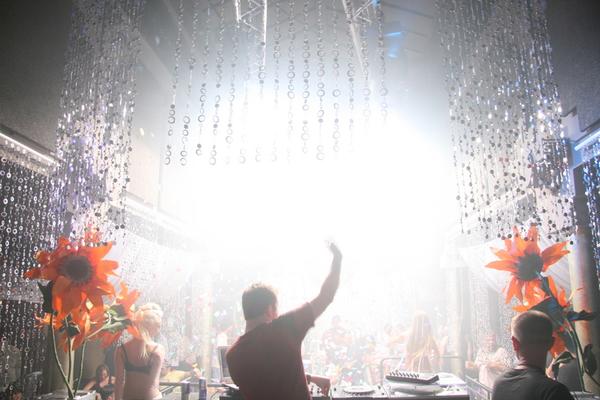 In the world of electronic music today there are few artists who seem to strive to raise the bar of production and the creation of truly original musical compositions. It is a world of recycled beats and samples in an endless stream of compositions that are anything but original. In this world of cookie-cutter style music production there are few artists who break boundaries and set new standards for the industry and one of the artists who do so would most definitely be Burufunk.

Although Burufunk's style is one that is hard to categorize the best definition could be progressive, with a world of intricate abstract soundscapes that are almost otherworldly. Through a use of harmonious melodies and earth shaking beats Burufunk creates a unique style and sound that cannot be matched.

In early 1993 and when the scene was young it was influences such as Josh Wink, Doc Martin and even DJ Icey as well as other that led the way for this scene changing producer.  By 1996 Curtis Fallis soon began learning the ways of such programs like Cakewalk and Rebirth. Progressing further with such programs as Ensoniq ASR-X sampler, Roland JP-8000, & Roland VS-880 hard disc recorder soon starting taking shape into what became the sound of Burufunk.

Early 1997- he wrote "Freedom" and submitted it to Streetbeat Records. It was accepted for the Electro Avengers vol. 2 compilation cd and his first commercial release was born. It wasn’t long before he found himself remixing for such producers as BT, Sasha, Taylor, Goldscan, Lee Combs and many others but always it was his unique sound that kept the crowds wanting more and the promoters asking him back.

Burufunk has managed to perfect his art and build a live performance as energetic and creative as the sound he brings with him. From his on the fly sound manipulation, to his custom crafted mixes, he seamlessly crafts his exclusive sets right from the minds of his audience. He has played amongst the biggest names in the industry on the most extravagant stages in the world, including the Ultra Music Festival and Winter Music Conference in Miami.

With much deserved time off Burufunk has joined the Journees Music and Subculture Agency family. Doing what he does best, 2010 is showing to be his best year yet and with a series of new releases and a tour under way there is nothing that stands in the way of this self-made producer and the road ahead is only getting stronger as well as brighter