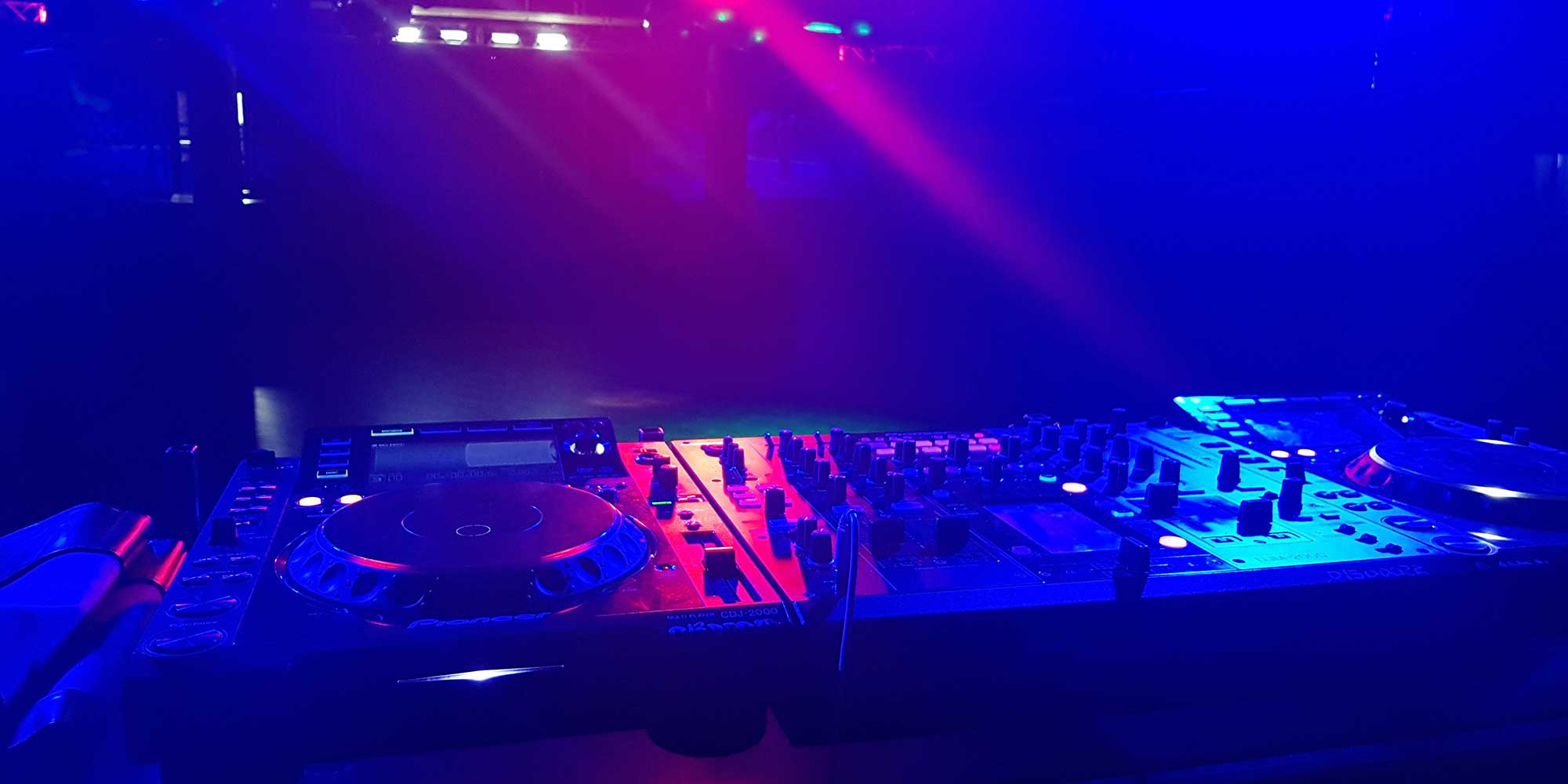 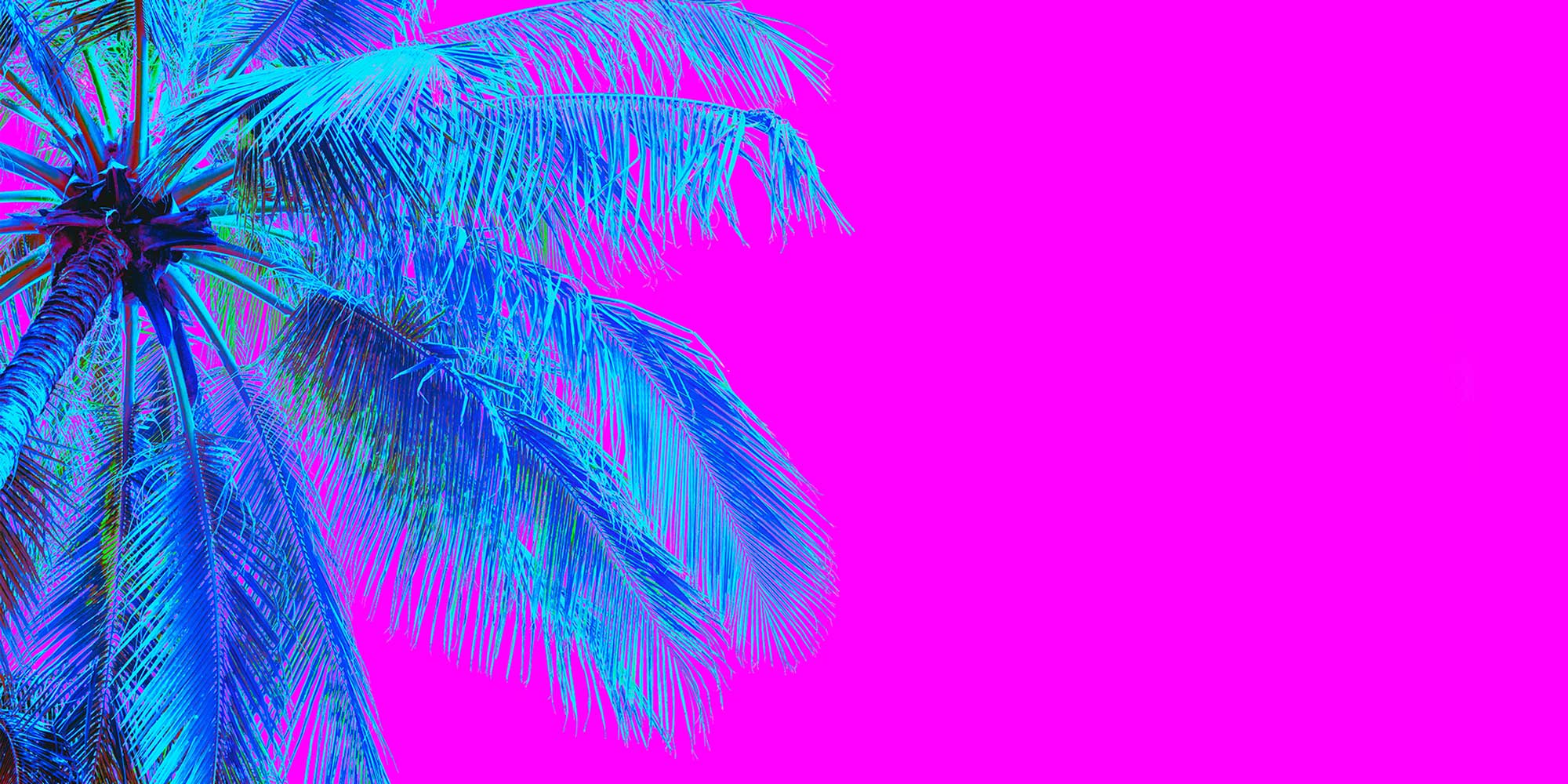 We bring big, enveloping sound to the dancefloor.

We bring big, enveloping sound to the dancefloor. 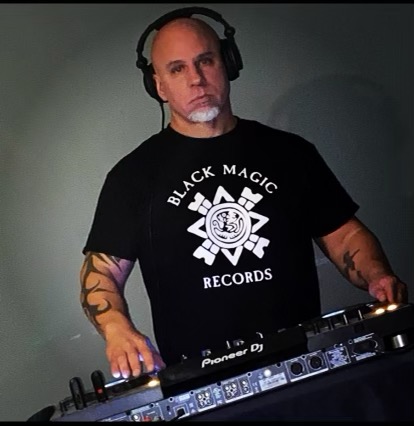 From an early age, New Orleans native Frank Carlino, Jr (aka Dj Voodoo), has played his signature breakbeat and electro sound at local NOLA establishments as well as high visibility events across the country. DJ Voodoo’s roots as an electronic music artist may have been established at an early age, but it wasn’t until running a record store in the greater New Orleans area was his true calling emerged through the founding of ‘Black Magic Records’, by both Frank Carlino and Michael Scott Baldenhofer (aka The Liquid Method). Together their sound reached global status with their 1995 breakout hit “Everybody Thinks I’m High and I Am” on Black Magic Records.

Get in touch today 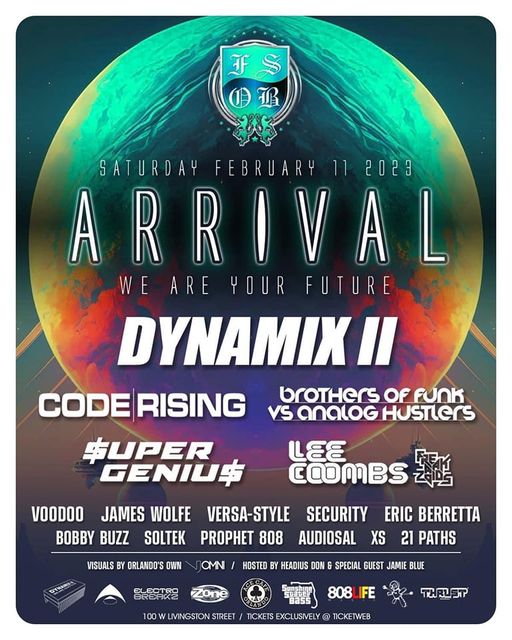 The time has finally “arrived” for this stacked line up and concept as a whole!

Saturday Feb. 11th 2023 at Ace Cafe, from the producers of Summer Skool and Breaks Academy

Lee Combs (aka The Freakazoids)

One night only in the iconic Edge Orlando building.

Black Magic Records USA's DJ Voodoo delivers a proper electro dj mix featuring fire curated tracks that keep you dancing from start to end. A small taste of what is to come this February at ‘Arrival’, and what you will be hearing on the Patio of Bass stage. Stream on Soundcloud now. 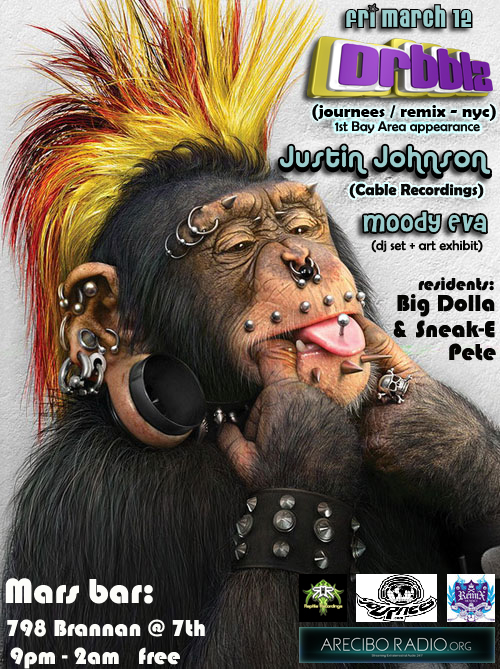 The 6th Annual Love event is taking shape to be our best yet, with new goodies to make the experience incredible for everyone.

Please help us spread the love by inviting your FB networks of friends to SF LovEvolution !

Loveweek starts September 30th with affiliated events all week and through the weekend.

The LovEvolution Parade Starts @ 12 Noon from 2nd St & Market St, goes west down Market st. and ends at Civic Center Plaza. The parade is free and all ages.

THEN WHAT: The floats arrive at Civic Center plaza where they park to becomes 25 stages on a transformed festival grounds with food, beverage, a new live electronic and performance stage, and outstanding revelry. There is a $10 entrance fee to the festival grounds, children under 12 with their parents are Free. All ages welcome. No bottles or outside alcohol allowed.

After the festival ends at 8:00pm a number of after parties kick off all over the city, including (but definitely not limited to) the Official After Party produced by Skills & Spundae on site at the Bill Graham Civic Auditorium. After parties have their own admission and age policies. See the Love Week page for more info.

The best and most diverse set of DJs in the world at America's largest dance music event. Including:

FESTIVAL GATES OPEN 8PM and CLOSE at 4AM

Want to help get the word out in your city? Please contact: alain@sflovevolution.org

Please invite people to come from your network, messages will be kept to an absolute minimum. Last year 14,000 rsvp'd and 100,000+ attended! Thank you! 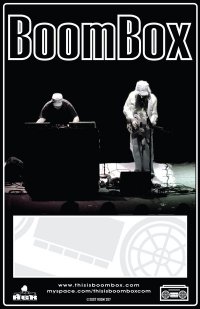 These guys put on one great performance, come check it out!


HOPE TO SEE YA THERE! 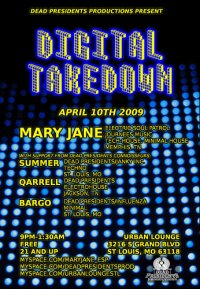 
Mary Jane has indeed been gaining a response within the dj community for well over a decade. She is the owner, soul, creator, and true backbone of the Electric Soul Patrol..

Being from a large family with many brothers and sisters, Mary often was exposed to many different types of music, in which deeply inspired and motivated her. She began to play drums in high school with a group of friends in a garage band playing everything from Pink Floyd to Slayer to Jimi Hendrix, and everything in between. The rhythms were very spiritual and moving to her, and thus Mary Jane began her clubbbing experience in Memphis around 1989, where she soon was drawn in to the sounds being played by some of the local dj's at the time. She became fascinated by the genres being played such as disco, industrial, acid house, hip house, 80's synth pop and alternative dance, new beat, etc. Mary was so inspired and drawn into these sounds, that she later bought some dj equipment and taught herself how to spin. Her musical influences were far and wide, spanning everything from Depeche Mode, Erasure, New Order, Skinny Puppy, Ministry, Nine Inch Nails, as well as early break beat, now being called drum & bass, along with techno, trance, and house.

In 1993 she left Memphis and moved down to New Orleans where she began throwing some of the cities first parties and raves under the moniker, Whatever Productions. Mary Jane also held a deep passion for sound and lights, and soon bought some of her own gear. She later was even being a light and sound tech at many of the New Orleans shows, controlling intelligent lighting for such artists as Astral Matrix, Rabbit in the Moon, and more. In New Orleans she often worked beside another production company, then called Moon Patrol, which later evolved into Freebass Society and later changed names again to Disco Productions. Years later, Mary Jane and the rest of ESP, along with founder of Disco Productions, "Disco" Donnie Estopinal, co-promoted some events together in Memphis. She was often seen behind the scenes lending a hand at many Louisiana shows, plus still getting her feet wet in the dj circuit, spinning a few shows here and there, playing a mixture of progressive trance, breaks, techno, and house.

In 1996 she came back to her hometown of Memphis and opened up Millennium Records, Memphis' premier dj and electronic shop. Upon doing so, Mary Jane also became affiliated with another production company entitled Squatch Productions, who also threw parties and events in the Memphis area. Squatch brought out such talent as Rabbit in the Moon, DJ Liquid, Doc Martin, and many more dj's and performers, which brought back life into the then struggling Memphis scene. Soon after, Mary Jane left Squatch and started up another production, her current company entitled Electric Soul Patrol, or ESP for short. She soon was seen playing events all over the country and quickly was making a name for herself, spinning a combination of hard trance, acid trance, and acid techno, with furious BPMs & raging,pounding kicks. While doing so, she still was throwing parties, running sound and lights, and running her record store, Millennium.

She later closed Millennium to start other ventures, in which she soon was a resident dj at many clubs and weeklies. Mary Jane resided at such venues in Memphis, such as Club Vision, Madison Flame, Full Moon Club, Neil's, XY&Z, and the Hard Rock Cafe, where she also often organized the events as well under the ESP moniker. In the summer of 2003, Mary helped bring in such talent to the Hard Rock Cafe, such as Paul Oakenfold, Sandra Collins, Garth, Deepsky, Crystal Method, Evil Nine, and many more area and local dj's. She spun her progressive sounds alongside such great talent, while turning some heads and opening some new ears. While doing so, she was featured in the Memphis newspapers, The Commercial Appeal and the Memphis Flyer, who were both trying to expose the Memphis electronic scene. Mary Jane also performed sets on the radio, such as 89.9 WEVL on the Hitchhiher's Dance Guide, America's longest running dance show on the air, hosted by fellow ESP cohort, Stephen Schocke, as well as the Electric X show on Memphis radio 93 XFM, hosted by Crate. Online radio Afterhours's Dj's also featured Mary's demo Whispers of a Nameless Fear, her most recent mix compilation. Another highlight was a guest dj spot at Memphis' hot club, Senses Nightclub, the cites premier nightclub focusing on electronic dance music.

In the Spring of 2005, Mary Jane was asked to join Journees Music , headed by Dj Liquid of San Francisco, CA. She is featured amongst other dj's and performers such as Vicious Vic, DJ Who, Bahamut, Jim Hopkins, Stryfe, The Liquid Method, Chris Anderson, Rob E, Vapourspace, and many more. The artists are currently planning a summer tour for 2005, called the Journees Music Road Warriors Extravaganza Tour 2005!!

The fall of 2005 Mary Jane djed and co-promoted the Luscious UltraClub Series In Memphis, featuring Mark Farina, Simply Jeff, and John Kelley. She has also spun at various other events. In the future Mary Jane still plans on djing, and throwing more events to help boost the Memphis scene once again. She also holds a deep interest in music production, in which she just produced her own track, entitled "Creeper (MJ's Wicked Strain Mix)", which was co-produced and remixed by Plan B and Mid South Remixers, taking her entire career to that next level.


**Dead Presidents Productions is proud to have Maryjane grace us with her presence in St. Louis. She will be tearing it up with her brand of signature minimal house beats, so come and get down to a legend!**